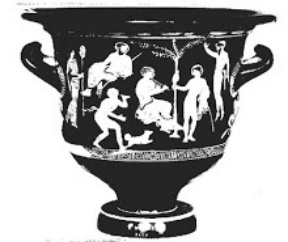 Why "The American Aesthetic"?

The Stanford Encyclopedia of Philosophy has identified the singular noun "aesthetic" as "among other things, a kind of object, a kind of judgment, a kind of attitude, a kind of experience, and a kind of value"—that, in a nutshell, is what this poetry journal is all about: regarding poetry from the standpoint of aesthetics.

But, then, what exactly is aesthetics? The word has been variously defined in current and past dictionaries as the "study of the beautiful" or the "study and theory [recalling Kantian aesthetics] of beauty and the psychological [emotional] responses to it." But, of course, this all begs a further question: What exactly is beauty?

Picasso's Guernica (1937) is considered an aesthetic masterpiece, yet how many would say that the painting is beautiful in any traditional sense? Look at the elements that make up the composition: they are disturbing; they are certainly not ornamentally pretty or uplifting or inspiring—if anything, they are ugly and frightening and depressing. Yet, taken as a whole, Guernica, in the totality and arrangement of its parts, achieves its artistic (if not propagandist) goal and is today almost universally esteemed as an aesthetic triumph and an enduring artistic masterpiece.

Of course, in analyzing Picasso's painting for its aesthetic value, we could just as well employ the same criteria in judging the aesthetic merits of any given poem. Whether that poem is similar to Guernica in its negative aesthetic realism, or more akin to (for example) Keats' Ode on a Grecian Urn in its wistful yearning assertiveness, the consensus of our modern dictionaries confirms there is a common definition for beauty that applies to all:

A combination of qualities that pleases the intellect. [Oxford English Online, 2013]


Given the concept of beauty is central to the aesthetic perspective, the above definitions will be useful guidelines in selecting which poems will be featured in The American Aesthetic. Special interest will therefore be given to any poem which has achieved (in the "combination" and "aggregate" of  "diverse elements") its apparent or purported objective or purpose; that it has conveyed in its composition—as well as in the sound, cadence, and possibly even musicality of its words—an expression of honesty and purpose that somehow rings true. After all, as Keats himself suggested in his famous ode (albeit in far more enduring and poetic terms): It's whatever gets us closer to the truth that counts. 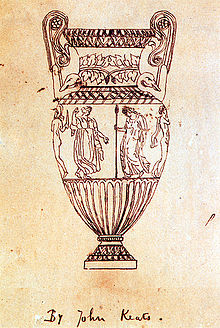